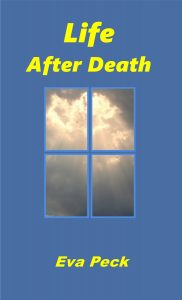 Is there life after death? Believers of various persuasions – Christian, Muslim, Buddhist, Hindu and others – have had some concept of the continuation of life beyond this life. The concept of an “immortal soul” and an afterlife goes back to ancient Egypt, Babylon, Greek philosophers and others.

The Bible is not always clear on the subject of “immortal soul”. In fact that phrase as such is not found anywhere in the Bible, which presents, as with other subjects, a range of views on life after death. This reflects the development of thought from ancient Israel, who were not too interested in life beyond the grave, to later Judaism, where some believed in a resurrection from the dead, but there was disagreement on the subject (see for example Acts 23:6-8). When Jesus came, he brought the “gospel” (or good news) of salvation and immortality in the Kingdom of God.

The present Bible is the result of subsequent document selection, editing and compilation in the third and fourth centuries under the Emperor Constantine and thus reflects a range of views on the subject. It does, however, speak figuratively or literally about a resurrection – in fact more than one resurrection, implying life after physical death. It also uses expressions like “heaven” and “hell” and “the world to come”.

This book, Life After Death, briefly examines, based on revelation that I consider trustworthy and am including in the Bibliography, the subject of what happens after physical death. Does life indeed continue, or is this brief physical existence all there is? Could it be that we humans have a potential beyond our wildest imagination? Are we, or a part of us, indeed immortal? Or, if not, can we become immortal? What is it, that awaits us on the “other side”, and what is this future destiny influenced by?

Readers are encouraged to consider the ideas presented with open hearts and minds. As with all spiritual (and physical) knowledge, no one knows or can comprehend the complete truth in this life. However, we can catch glimpses of our potential and destiny to give us hope and purpose here and now.

For more on this subject, check out The Greatest Love and The New Birth.

The book is only available as a PDF download and can be downloaded for free here.  The same page has other books for free downloading. To purchase the author’s other books, see this page.